The Town of Wilbraham maintains three public cemeteries. Adams Cemetery, the Town’s oldest, was established in ca. 1740 in what was known as the “Outward Commons” of Springfield, as part of the conveyance to the first minister. East Wilbraham Cemetery was founded before 1776 for the First Baptist Society of Wilbraham. Glendale Cemetery emerged in ca. 1780 and was first associated with the Baptist Church, then by the Methodist Episcopal Church. Together, the three cemeteries tell the story of Wilbraham from its earliest days to the present.

Beginning in 1876, the Town assumed responsibility for the cemeteries, making yearly appropriations for upkeep. By early 1900, the Town formed a cemetery commission which provided an annual report on cemetery activity. In the 1950s, the Commission was comprised of three individuals, each managing a separate cemetery. In the 1980s, the Commission began to address overall cemetery needs and, by early 2000, began taking a more proactive approach for cemetery care. In 2008, the cemetery records were computerized with the purchase of the CIMS (Cemetery Information Management Systems) program. All three cemetery records are now in the program. Maps for each cemetery are now generated by this program.

The Commission is in the process of having the cemeteries nominated to the National Register of Historic Places.

The Commissioners are responsible for updating the CIMS program, maintenance and upkeep of the cemeteries, setting and implementing the Cemetery Rules and Regulations, setting rates, selling graves, and preparing and supervising burial services.

The Commissioners are assigned to each one of the cemeteries as follows:

The Commissioners are available at the phone numbers listed. 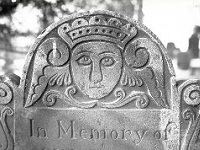